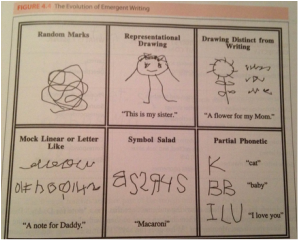 Figure 4.4 taken from Chapter 4 of Words Their Way Fifth Edition
﻿﻿Characteristics of Emergent Reading
Pretend reading is the act of turning through the pages of a familiar book while retelling the events of the story.  The student is not reading the words, but is using the pictures on each page to tell the story in his/her own words.
Video Clip from YouTube of a Child Doing Pretend Reading


Memory reading is a more accurate reading of the text.  The child points to the print and coordinates his/her spoken words with the words on the page.  During this stage, children learn about directionality, or the left to right, top to bottom direction used for reading.  Students at this stage do not yet finger point or track words accurately yet--this skill comes with the "concept of a word" that shows up at the letter name-alphabetic stage.


Characteristics of Emergent Writing
In the early emergent stage, the child is making marks on a paper with a writing utensil.  There is rarely any sense of directionality or a meaning conveyed in the markings.  The first box, "Random Marks," in the figure shown at right, represents this stage.  As the child develops, the markings turn to actual drawings--often of people or objects.  This is represented in the "Representational Drawing" box in the figure at right.
﻿In the middle emergent stage, the children start to write symbols that appear to be letter-like.  An examples of writing at this stage is seen in the "Drawing Distinct from Writing" box.  Later, these symbols look like letter strings, appearing similar to cursive handwriting.  The "Mock Linear or Letter Like" and "Symbol Salad" boxes at right demonstrate this type of writing.
Finally, children begin to use letters to represent the sounds in words.  This stage is represented by the "Partial Phonetic" writing in the figure above.  At this point, the child is demonstrating the critical phonics skills of distinguishing sounds from oral speech and representing the sounds with letters.  At this time, the student is able to hear sounds in words, understand that the sounds are represented by letters, know the names of some letters, and know how to write some letters.  Attainment of these critical skills signify that the child is at the end of the emergent stage.